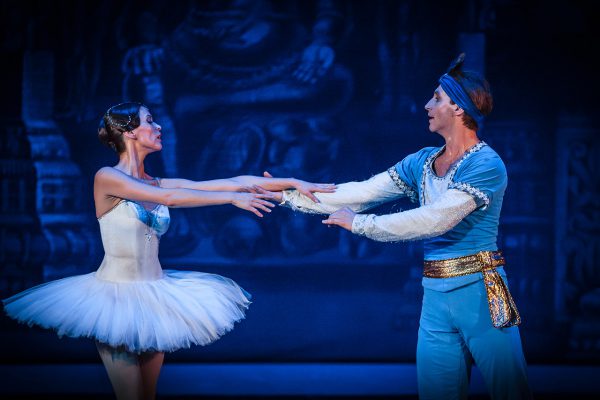 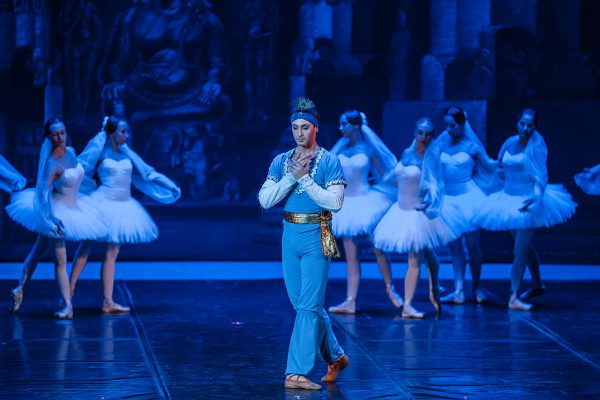 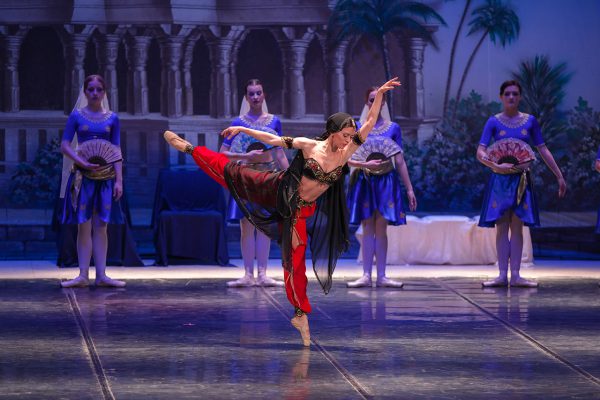 Of course, many of the creative personality the positivist of the NINETEENTH century were inclined to mysticism, had an irresistible need for knowledge of the occult Sciences, but whose native land was considered the East. It is unlikely that it belonged to Petipa, most likely unwittingly created in “La Bayadere” their “metaphysics”, his “white East”. The act of shadows (and Ivanovskie Swan) is a ballet for the ages. In the valley among the Himalaya descends to the dance of the shadows (a shadow in romantic tradition — soul). Dancers in white tunica with hoops on their heads, which, as the owner, attached to imitating wings white air scarves. (Variation with scarf dancing and the main character — Nikiya.)

Endless prayer or Eastern melody is reminiscent of their almost meditative course. A symbolic “snake” they descend from the heavenly world, and then arranged in a rectangle — a sign of land. Eloquently and quantity of shadows: the premiere in the Bolshoi Stone theatre was their 64 (a perfect square! ), later at the Mariinsky — 32. These magic numbers will continue to meet in classical ballet — the thirty two swans in Swan lake, sixty-four snowflakes in the Nutcracker. Shadow dance is hypnotizing, always immersing the audience in a state of unconsciously-enthusiastic contemplation of beauty. In passing the act draws a process of spiritual enlightenment Solor. It begins as a lyrical Nocturne-the memory of “beloved shadow”, and ends with a jubilant Coda “together forever”.